Originally posted on July 17, 2014 by Caitlin Freeman as a guest blogger at Robert Rickover’s bodylearningblog.com. 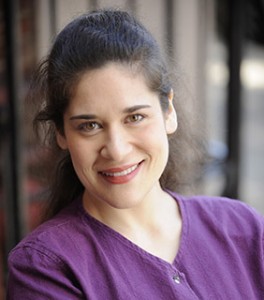 As a person on the autism spectrum, I have struggled with sensory issues all my life. My mother describes that when I was a child, she needed to “tame me to touch like a wild animal.” When people would touch me, it felt like an electrical burning sensation.

Over time, my parents learned that I could tolerate deep pressure, and I gradually became accustomed to their touch. Unfortunately, everyone else’s touch still felt so uncomfortable that as a child and teenager, I would avoid other people to keep them from possibly coming in contact with me.

Predictably, my behavior greatly limited my social interaction. My extreme sensitivity to touch continued through my teenage years and into adulthood.

By my early twenties, I had severe sensory and social problems that I was determined to solve. The resources in my small town were limited, but there was one person nearby who taught the Alexander Technique. On the recommendation of a family friend, I started taking lessons in 2003.