Originally posted on October 22, 2013 by Robert Rickover at www.BodyLearningBlog.com. 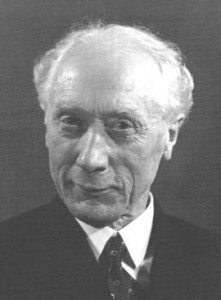 Photo of F. M. Alexander, taken towards the end of his life.

In my previous blog, Alexander’s Dream, I wrote that while F. M. Alexander began his career with huge hopes about the future of his work, things were looking bleak at the time of his death in 1955.

Since then, however, the number of Alexander Technique teachers, and Alexander teacher training courses, has expanded dramatically. In part this was due to popular books by Dr. Wilfred Barlow, Frank Pierce Jones and Michael Gelb.  But a good deal of the credit for this expansion also lies with the Society of Teachers of the Alexander Technique (STAT), which Alexander may or may not have endorsed before his death (the history is murky), and with the other Alexander Technique organizations that have sprung up over the years.

One of the self-assumed roles of most of these organizations has been to “safeguard”, as it were, the central ideas of the Alexander Technique, particularly a view of how it ought to be taught.

But organizations often have a tendency towards rigidity, and that’s certainly been true in the Alexander Technique world.  Thirty years ago, for example, there was serious opposition from within STAT about the validity of group teaching, “application” work and residential courses for reasons that would sound strange to most of us today.